Select the time range that you want to analyze.

Select the filter you would like to apply in order to see in-depth performance per target group. In the example below, the User Segment titled "New Users" has been selected, meaning that the numbers being shown in the charts only apply to new users.

Below the Reached rate and the Interaction rate, you will notice a trend is displayed. If you have a single month selected as your date range, the selected month's rates will be compared to the previous month's rates and display the trend. If you have six months selected as your date range, the trend will compare the selected six months with the previous six months. A positive trend will be displayed in green, while a negative will be displayed in red.

How many users were reached by Userlane?

This graph shows you how the reached rate and the number of reached users changes over time.

Targeted users are the users who have access to the Userlane content in the given time period, whether or not they have seen or used it.

Reached users are the users who have seen Userlane content in the given time period. This could include any of the following: they have opened the Assistant, or seen the Welcome Slide, an Announcement, or Promotion.

See Reached items below in order to see a complete list of Reached user items.

Good to know: There are valid reasons for a low Reached rate

How many users interacted with Userlane?

This graph shows you how the interaction rate and the number of interactive users changes over time.

Interactive users are the users who have interacted with Userlane content. This could include any of the following: they have started a guide or clicked on a link within a step, Announcement, or the Welcome Slide. It could also be that they clicked an external help link and were navigated to another area for support.

See Interacted items below in order to see a complete list of Interactive user items.

Good to know: There are valid reasons for a low Interaction rate

What did users engage with?

The below charts show how many times an event type was triggered. The Total number could include the same user multiple times, while the Unique number will only count a unique user once. 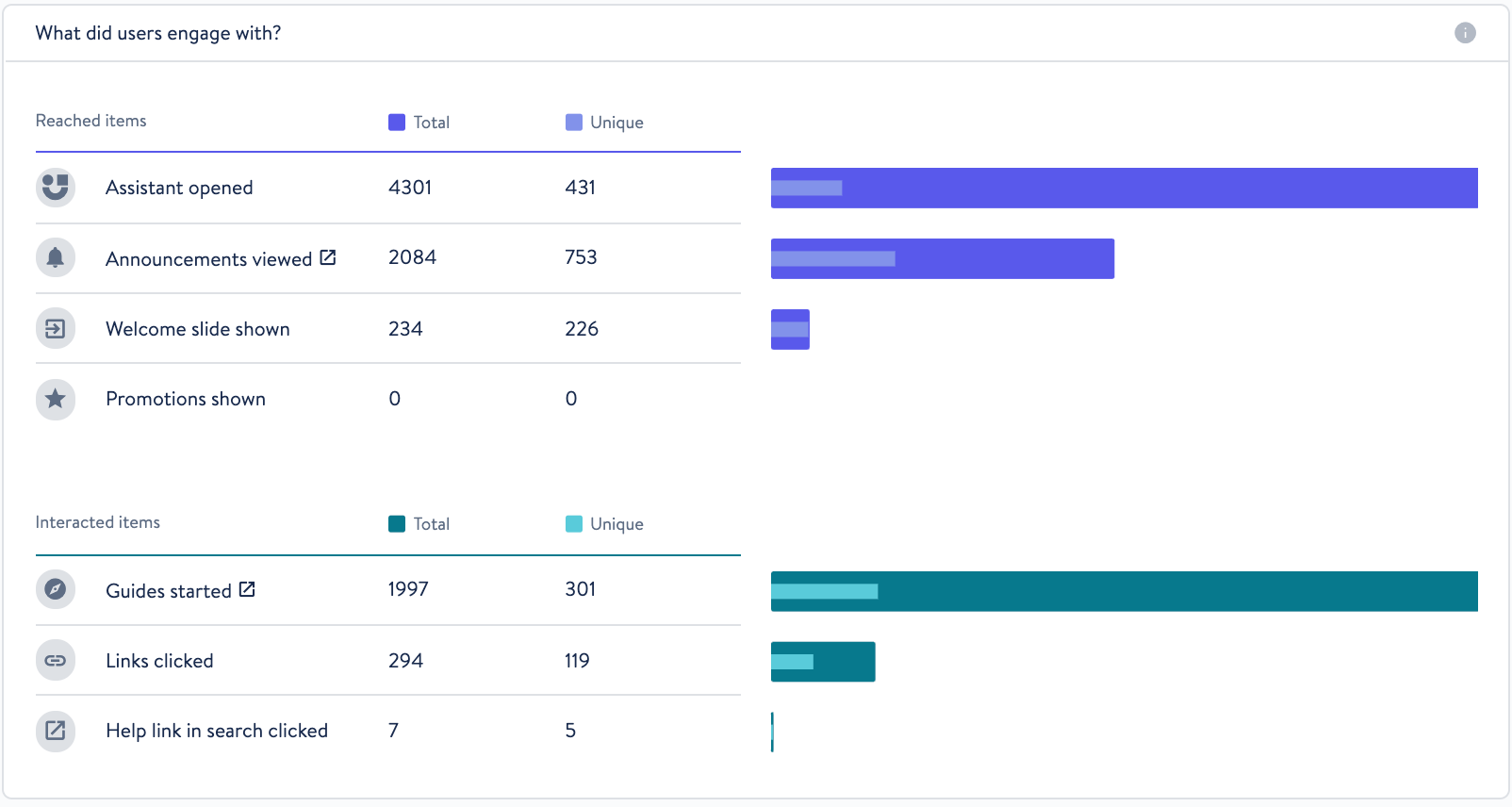 Reached items are events that result in a user being considered Reached.

Interacted items are events that result in a user being considered Interactive.

Did this answer your question?